Letter to Texas State Board of Education on New Charter Approvals

The Honorable Members of the State Board of Education

Dear Chairman Ellis and Members of the State Board of Education:

On behalf of the 20 education organizations listed below, we appreciate your work to support public education throughout this pandemic. We understand that our state’s economy is in a recession and that state revenue projections are gloomy. To that end, we wanted to ask you to address an issue that could exacerbate the state’s budget crisis, harm school districts, and send Texas tax dollars out of state.

On Friday, September 11, the SBOE will consider awarding eight new charter awards that include 18 new charter school campuses. We respectfully ask that the SBOE consider the incremental cost of the applicants’ 18 new campuses—and their potential future expansions—in the context of the mounting cost of charter expansions. Approving this slate of charters could cost Texas school districts an estimated $750 million in revenue and send about $61 million Texas tax dollars to California, Florida, and New York corporations over ten years. Coupled with troubling issues in these charters’ applications, we ask for a pause on new awards.

Additional State Cost for Charter Enrollment. Each student who leaves a school district to enroll in a charter school costs the state, on average, $1,150 more, because charter schools have a much higher entitlement level than most school districts in which they operate. The higher cost to the Foundation School Program if the SBOE approves the award of eight new charters would be about $12 million annually when the charters reach capacity (and more if these charters in three years obtain expansions at the sole discretion of the Commissioner). In their first ten years, these eight new charters would cost the state an estimated $88 million more than if students enrolled in school districts.

If the Commissioner and SBOE in 2020 approve all pending expansions (amendments and new applications), Texans will pay for a staggering 94 new charter campuses—which is the equivalent of adding more campuses than Lubbock ISD and Waco ISD combined—in only one year. This is a 64,381 increase in maximum student capacity, which is like adding a new Aldine ISD, at an incremental higher state cost of $70 million annually above the cost of enrolling these students in school districts.

State Budget Cost Driver. These pending actions have the potential to be a major cost driver for the state budget into the future. The 2020 charter expansions are in addition to TEA’s prior approvals in 2010–19 of 736 new campuses, most of which were approved in the past five years. Adding in all potential 2020 expansions to existing maximum capacity, the more than 640,000 charter seats would equate to $700 million annually in additional tax dollars—just to subsidize the higher cost of charter schools.

Harm to School Districts. We urge that you veto or limit approval of all new charters this year, not only as a financially prudent way to reduce additional new obligations on the state budget, but also as a way to avoid harming Texas school districts that are struggling in this unprecedented pandemic era. Texas school districts could lose an estimated $101.5 million annually in revenue when these eight charters and their 18 campuses reach capacity (based on average per-student revenue loss).

Texas Tax Dollars to California, Florida, and New York. Regarding the eight new charters, $21 million in state funds would go out of state in the first five years to private charter management organizations (CMOs). Learn4Life and Rocketship would pay CMOs in California 15 percent of revenues, while Doral would pay $750 per student to a Florida-affiliated CMO and another one percent of revenues just for trademark usage to another Florida CMO. Brillante would pay its New York-based CMO eight percent plus a $700 per-student facility lease. Out-of-state management fees exceed $61 million in the first ten years.

Charter Applicant Operations and Finances Raise Red Flags. In-depth research on the new charter applicants reveals troubling information not included in the charter applications. The California and Florida chains, in particular, should raise red flags with previous investigations, conflicts of interest, lawsuits, school closures, low graduation rates, and failure to serve certain student populations, as detailed on fact sheets that we have available. For example:

Many of the eight new charters propose to locate in the boundaries of high-performing school districts. This does not make sense financially or academically. Also, communities have shown little interest at most applicants’ public meetings but have shown high amounts of opposition because of the harm to existing public schools.

The eight new charters are estimated to cost the state $88 million more and cost school district revenue $750 million over ten years. We would appreciate your vote to veto all or some of the new charter awards. Please contact representatives of any of the organizations that signed on to this letter if you have questions. 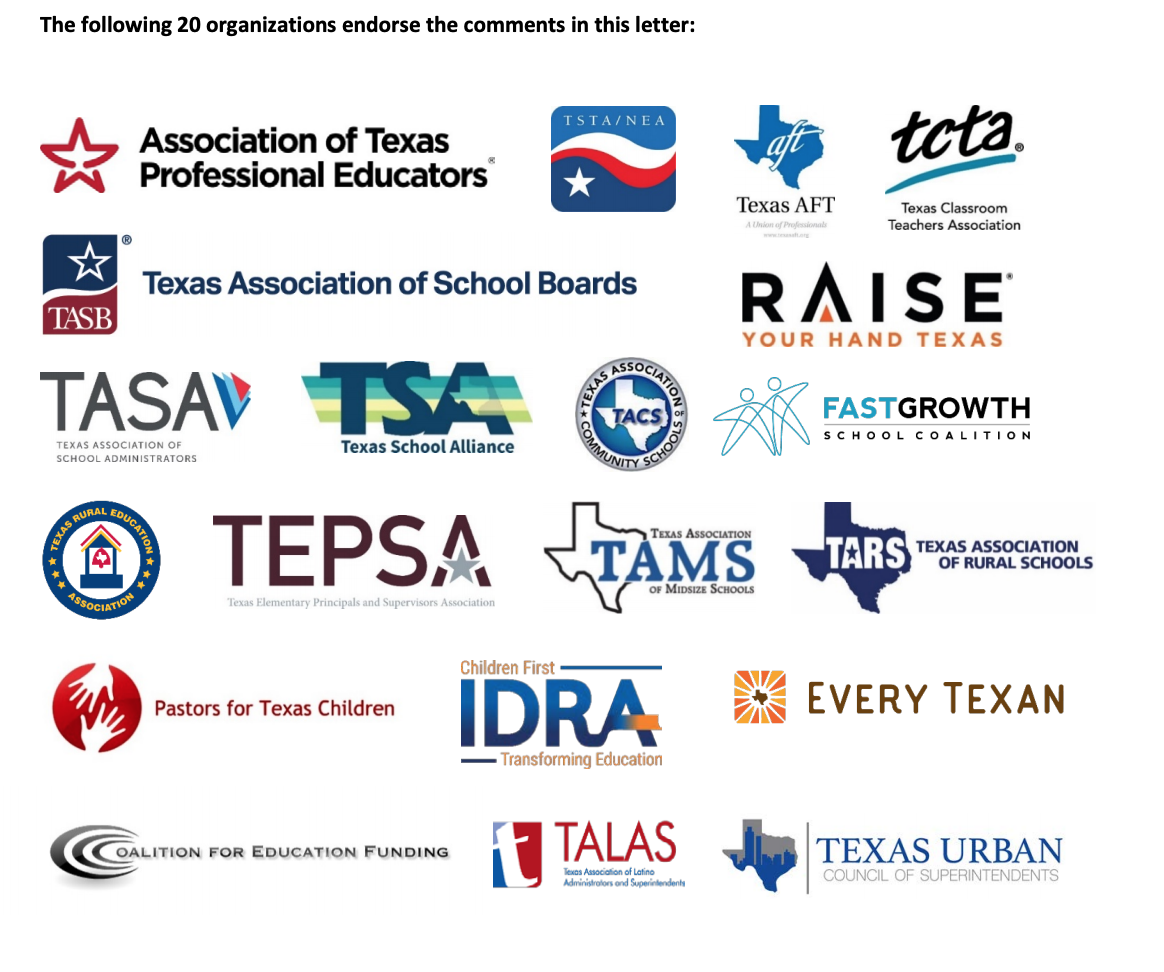